Are you a BT Sport customer with access to the app? Good news. The Matchday Experience feature has extended its reach to include Android mobiles and devices.

BT Sport’s Matchday Experience refers to a collection of immersive viewing features that help fans get closer to the action with stadiums still currently empty due to the lockdown.

It was launched earlier this season to select BT Sport customers with iPhone and iPad devices, and BT Sport has announced it’s coming to Android mobiles and tablets for the first time from February 2nd, 2021.

Watch Together will be expanded to other sports over the course of the season, coming to coverage of some UEFA Champions League matches, Emirates FA Cup, Gallagher Premiership Rugby, and boxing fights. The feature has been optimised for 5G but can also work on Wi-Fi and 4G networks. 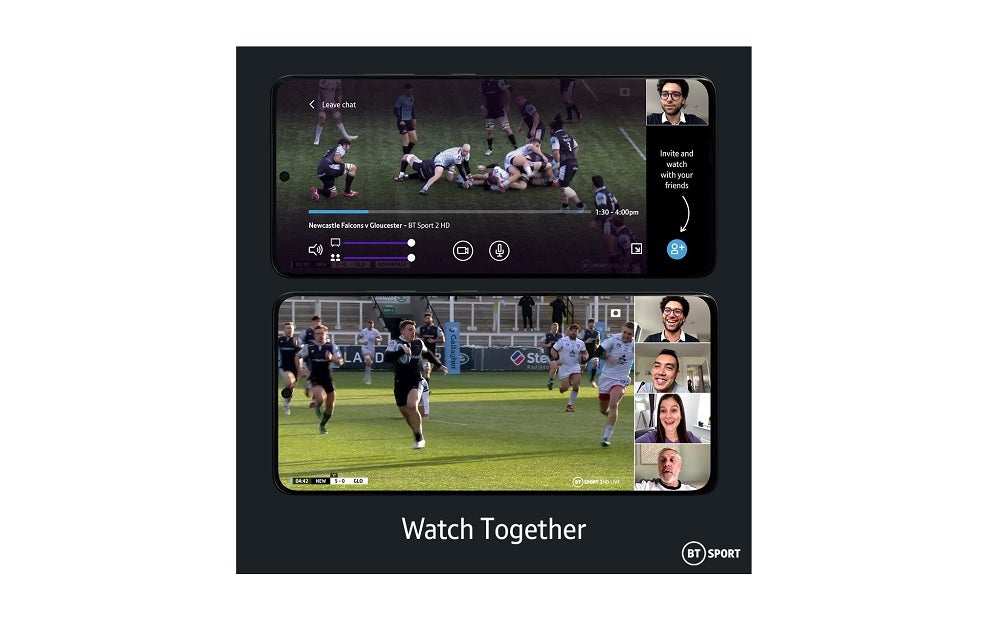 360 builds on from the 360 view of the pitch action that BT Sport launched in 2017. The Matchday Experience gets an enhanced version with a new “pinch and zoom” functionality, so fans can home in on areas to give the impression of being at the ground. 360 also offers viewers access to different camera angles and viewpoints from the original broadcast.

Manager Mode casts you as the man (or woman) in charge, adding real-time graphics with stats such as player names, player speeds and a mini map that tracks the positions of players overlaid on screen. A shot velocity tracker will become available later in the 2020/21 season for anyone who wants to see if a ball can get hit harder than Tony Yeboah’s against Wimbledon (95.7mph in case you’re wondering).

With Stadium Experience fans can use an Augmented Reality doorway to go behind the scenes of football teams and stadiums, travelling to areas such as dressing rooms, dugouts, trophy rooms and tunnel areas. And with Matchday Live team line-ups, formations and in-game stats get the Augmented Reality treatment. Stadium Experience and Matchday Live will be coming to Android devices soon.

These features will be available to every BT Sport customer for the Saturday lunchtime Premier League kick-offs. There’ll also be available for select midweek matches, starting with Manchester United v Southampton on 2 February, and Tottenham Hotspur v Chelsea on 4 February. The Matchday Experience won’t be available to customers who get BT Sport through Virgin Media or directly via Sky, however.

Kob began his career at What Hi-Fi?, starting in the dusty stockroom before rising up the ranks to join the editorial and production team as the Buyer’s Guide editor. Experienced in both magazine and …