Gaming laptops are ready to take on the PS5 and Xbox


Struggling to buy a PS5, Xbox Series X or a next-gen graphics card? You’re not the only one with stock shortages making it more difficult than ever to buy the latest gaming hardware, but there is an alternative option: gaming laptops.

It’s a very good time to buy a gaming laptop, as new models with Nvidia’s next-gen GPUs flood the market. Nvidia claims the RTX 3060 is 30% faster than a PS5, while also packing features such as DLSS that push the frame rate performance even higher.

The latest and greatest mobile CPUs from AMD and Intel also offer blazing processing speeds, while it’s now common to find NVMe SSDs inside modern gaming laptops that offer around the same load time-slashing speeds as an Xbox Series X.

So if you’re concerned solely about performance, then a modern gaming laptop is a clear jump up from any games console that you can currently buy. Although such a performance jump comes with a significant consequence.

Nvidia claims the absolute cheapest gaming laptop featuring a 30-Series GPU will set you back $999/£1099. That’s actually quite cheap for a high-end laptop, but it’s also a whopping £600 more expensive than a PS5 or Xbox Series X. If you want a system purely for gaming, then this price jump simply isn’t worth it.

However, the main appeal of a gaming laptop is versatility, as it can double up as your day-to-day productivity machine. Gaming laptops such as the Zephyrus G14 are just about light enough (1.69 kg) to become your on-the-go companion, whether you’re commuting to the office or a university lecture hall. Buy this instead of a Dell XPS 13 or Surface Laptop 3, and you’ll have a portable that can both churn out essays and run AAA video games. 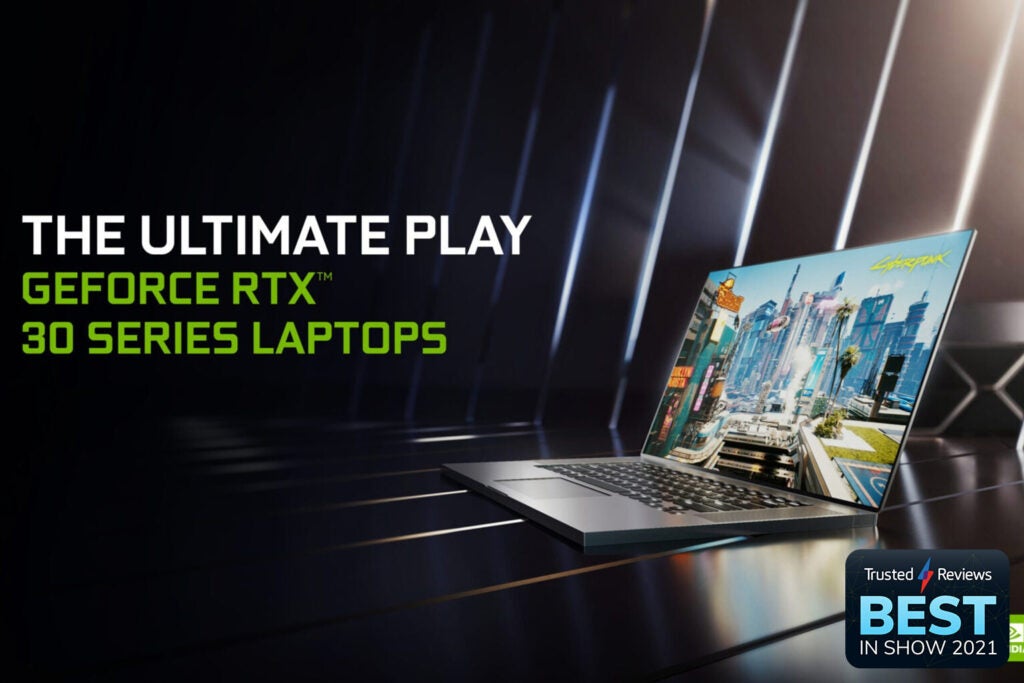 Of course, it’s not just the affordable price point that makes consoles so appealing. Most people who own a PS5 (myself included) will tell you they bought Sony’s next-gen console so they can play all of the exclusive PlayStation games. Horizon Forbidden West, God of War 2 and Ratchet & Clank: Rift Apart look to be some of the most exciting upcoming games, and you can only play them on a PlayStation console.

But don’t underestimate how good PC games have been in the past 12 months. The likes of Crusader Kings 3, Hades, Microsoft Flight Simulator and Valorant all received critical acclaim in 2020, while I’m also very excited for the likes of Age of Empires IV and Humankind. And let’s not forget that the majority of third-party games can be played on PC too, so you won’t have to miss out on Far Cry 6 or Resident Evil 8.

Don’t get me wrong, I’m not recommending the majority of console gamers to jump ship – it’s not a cost-effective move if you don’t need a portable PC – but gaming laptops have finally reached a point where they can fulfil both your on-the-go productivity requirements and your thirst for high-end gaming, removing the need to purchase two separate devices.

Keep an eye on our Best Gaming Laptop list in the next few weeks, as we’ll be publishing a number of new gaming laptop reviews and updating the ranking. And if the PS5 and Xbox Series X still aren’t in stock by then, maybe it’s time to consider becoming a PC gamer.

Ctrl+Alt+Delete is our new weekly computing-focussed opinion column where we delve deeper into the world of computers, laptops, components, peripherals and more. Find it on Trusted Reviews every Saturday afternoon.

Formerly the Staff Writer at Stuff Magazine, Ryan’s been writing about tech since he graduated from Cardiff University. At Trusted Reviews he is focussed on everything computer-related, giving him a v…

Blades has been updated to version 1.11 – My Nintendo News

Netflix is testing a viewing timer, so you can sleep in peace